An ode to our HERO!


We have a hero, we call him Thatha! I mean just look at that picture - so handsome, poised, rugged, dashing, suave, dapper.. Gosh I could go on and on! Point is he was such a good looking man!
But more importantly, a very nice person. There are people in this world who make it a better place, by merely being in it. One such person was my maternal grandfather. This blog is just an ode, a small tribute to him for being the wonderful human being that he was! And excuse the number of photos : I did that on purpose, because you see my grandfather loved pictures and never missed a photo op :-) Enjoy viewing!

My dear Thatha,
It is exactly a week since you left us but honestly we feel your presence every time we are at Nest. Especially when I stand in the balcony amidst all the greenery - your most favorite place at home! 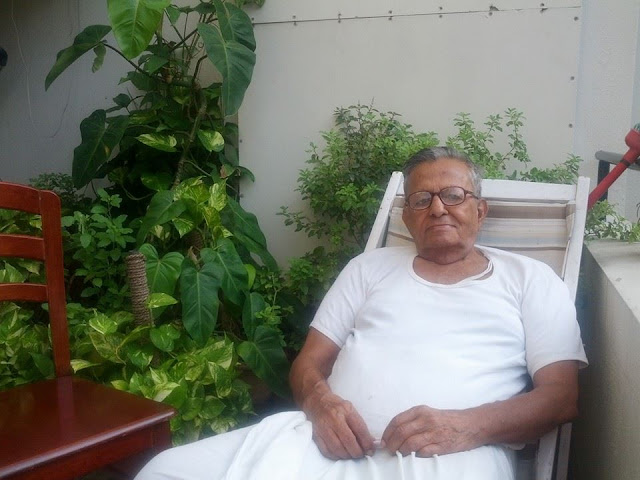 And when I used to ask why you like to sit outside so much, you would say you wanted your daily dose of Vitamin D! Aah. Yes. You were such a health freak - right from taking daily walks for an hour, to eating healthy(soups n salads being your absolute favorites!), making sure you had your daily intake of green veggies, vitamins etc and so it angers me that somebody like you, who was so systematic, had to battle cancer. But what amazed me was your spirit and your strength to keep going on with life - you were such a fighter until the very end. I still remember speaking to you on the first day of your radiation treatment.. you said you were all dressed up to head to the clinic and you were very certain that you would over come the cancer. Now if that is not resilience, then what is, right?
You were such a positive person - all of us have come to you with problems galore and you would just laugh it off. You always believed in us and kept us going.
Because to you family meant everything. You loved it all : the get togethers, the food, the compulsory group photo sessions(much to others' annoyance!), the sibling bonding etc.

Of course, none of these would have been possible without Thathi's unending support. You were an amazing couple. She used to cook for tons of people although you guys would have a World War around whom to invite, what to make etc. But right until the very end, you were there for each other and were perfect! Glad you two are reunited in heaven now :)


I must say that you got lucky because you have 4 daughters who absolutely doted on you both and got even luckier because you had 4 sons in law who took the best care of you right until the very end! Not everybody gets this lucky. And I'm sure they all did it because of the values you've instilled in them and the fact that you and Thathi set an example for them to follow.

For us grandkids though, our days with you and Thathi at Achala Vihar were easily the BEST! We always looked forward to visits there - you would patiently cut fruits for us(most of which Sneha used to hog!), and Thathi would make yummy food which we'd just gorge on. You'd spoil us silly by giving out money and then secretly call me to go buy potato chips from that Kerala Chips place in Annanagar! Haha, fun times those were!
If I'm able to drive a car in any country today, its all because of you and I'll forever be grateful to you! You'd pick me up at 6 am every single day without fail in your white Maruti Omni and take me for a spin. And of course in return I would have to help you with bank work(draw cash, update passbook etc.). I also had to help you with sending emails to Moorthy Chitappa and RR Mama in the US- it was a pretty tough job, given the Shakespeare that you were, I had to ensure my emails were error free!


It was not just the immediate family that you cared about. You took a genuine interest in the well being of the extended family too, especially your siblings. You were a wonderful brother in every sense! You would call them almost everyday to inquire about their well being and to generally stay in touch. I will agree that all of us used to make so much fun of you for perennially talking on the phone; however today as I look back, I realize how much it meant to each one of them. All the emails, phone calls from across the world, the touching condolence messages.. they all proved what a popular and loved man you were!


It was not just the siblings, you adored your nephews/nieces too :) 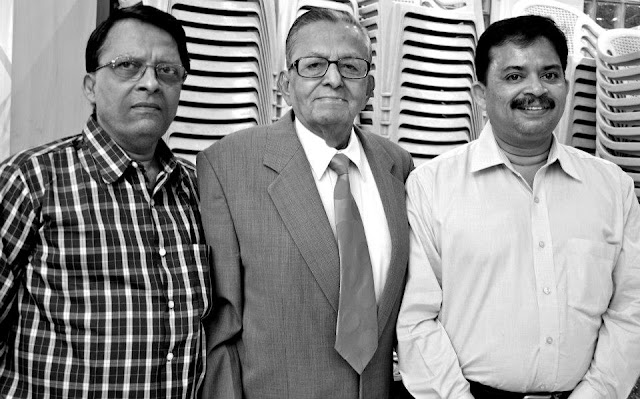 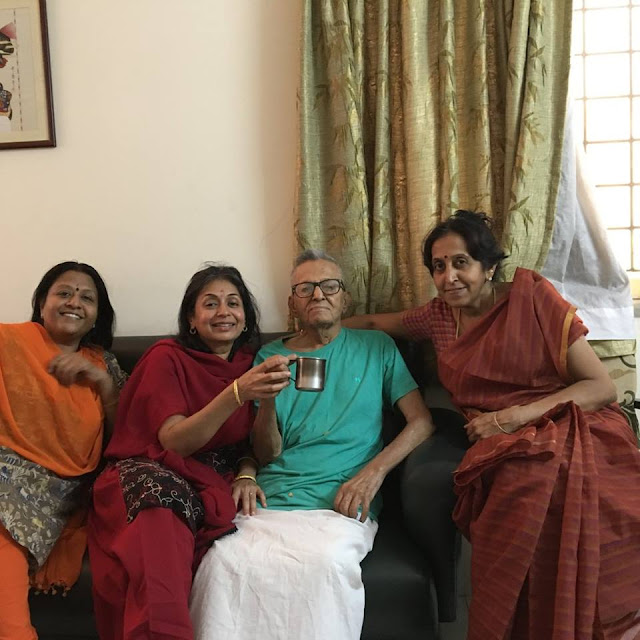 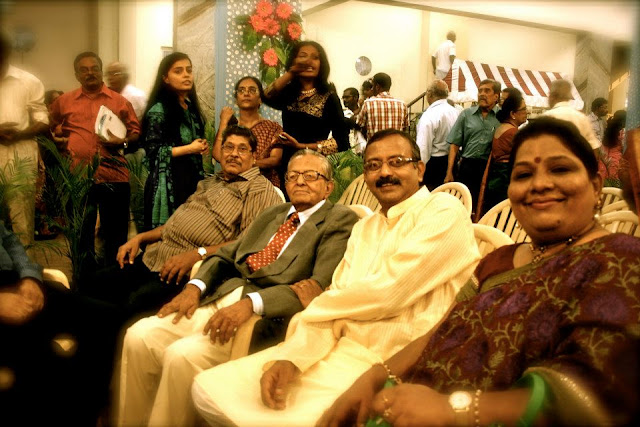 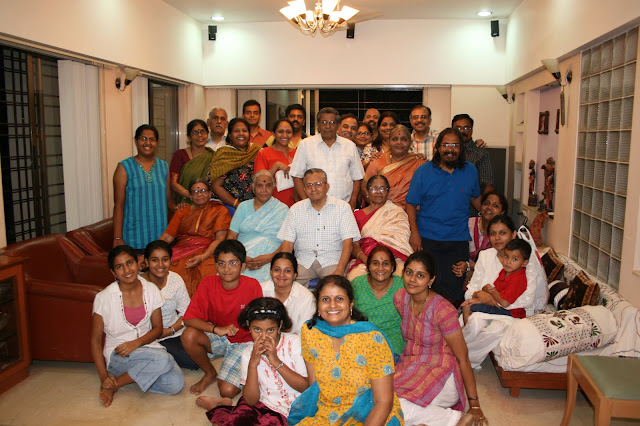 Your interests were varied - right from reading up on World Wars to vegetable cutting, to Carnatic music and of course your love for playing the Mridangam! To perform an Arangetram at the "young" age of 75 was no mean feat and it was such a proud moment for all of us!!


I would fail if I don't mention your generosity and helping tendencies especially when it came to the needy - the poor watchman, maids, the iron fellow, the ladies who clean the building.. they all literally adored you simply because you tipped them randomly, gave so generously during festivals and never failed to smile or greet them on your daily walks. No surprise then that so many of them came to pay their last respects to you.


I always dreaded the day that would bring the news of your death; strangely though, on the 1st Nov 2016 when I heard, I felt peaceful and happy. Happy that you passed away peacefully without any struggle.

My dear Thatha, you will live on in our hearts and minds and you will continue to be a HUGE part of my life, wherever I am, because a part of you resides deep inside my heart. You’ve left us with your footprints to follow and your legacy to live up to. Rest in peace, Thatha! We love you!

PS : I will admit to have stolen some photos from different sources, you know who you are - thank you for the memories :-) 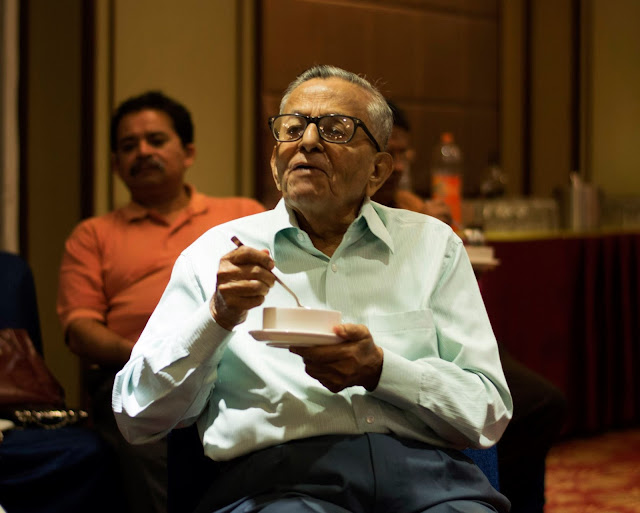 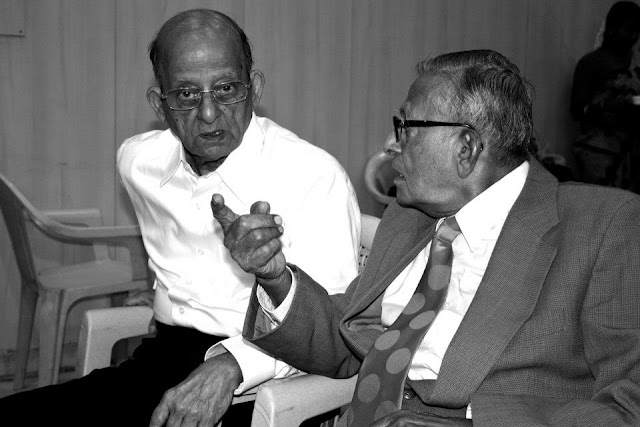 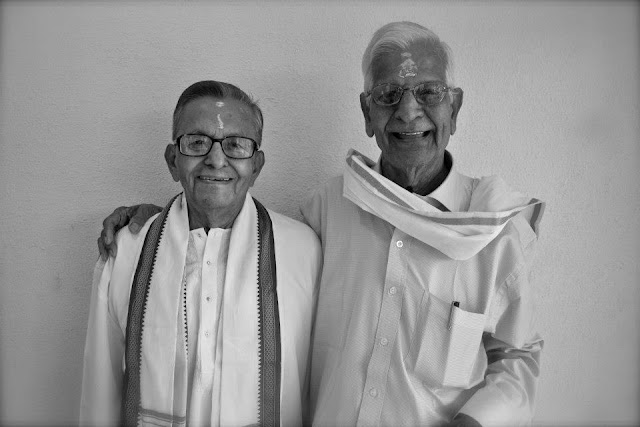 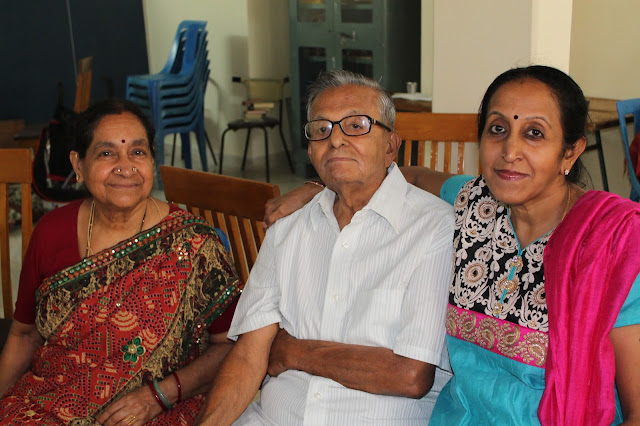 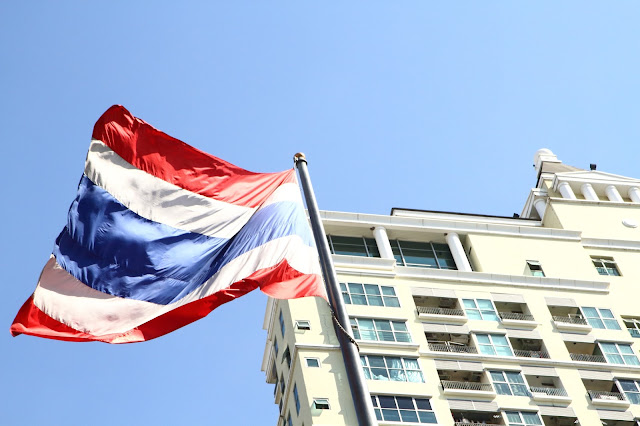 My family is the bestest! I swear we are. In January 2016, around 30 of us(I kid you not!) with ages ranging from 10 to 80, decided to take a trip to Thailand(Yep, you read that right!).
It was a brillant idea by my daddy cool who took up the entire responsibility of organizing the trip right from the passport/visa nonsense to the accomodation bit to the sight seeing etc. Of course everyone pitched in some form or the other but it was basically his idea to get the family together for their first ever International trip. Thailand was an obvioius choice considering this was largely a "budget trip"! He ensured everybody was comfortable, budgets were drawn up much in advance, and more importantly he made sure we stuck to it!
We were going to spend 3 nights in Bangkok and do a day trip to Pattaya beach as well for all that parasailing & beach fun !
The obvious airline of choice was Air Asia which wasn't as bad as I expected it to be. We were told to pack really "minimal" luggage, so that we had no trouble of paying extra for baggage.. See I told you, it is a budget trip!
The highlight of our trip was our stay at Citadines Sukhumvit  8. It was a service apartment which was super luxurious! The breakfast was really yum with lots of variety, the rooms were clean and the service was great! Thanks to my uncle G who spent a lot of time researching options and finally came up with this one - thumbs up !
The other good thing was that we had a bunch of people joining us from Mumbai as well. Uma aunty came with a huge bagful of Gujrati snacks.. I kid you not, my family survived Bangkok largely because of the theplas and khakras ! :P Thanks Uma aunty for being super generous!
Although some of us had been to Thailand earlier, we sportingly joined them in the sight seeing. We had organized a lady guide with a van to take us around and boy she was a funny one !
We went to all the usual sights - Buddha temples(Wat Pho which houses the Golden Buddha), the Royal Palace, the Nong nooch Garden, Animal Safari(we had a blast in this one!) and of course the famous night markets - Indra market, Chattuchak, MBK Mall etc.
We had an equally adventurous time at Pattaya - Believe it or not, there was an 80 year old uncle who wanted to parasail and he actually did it ! Mind blowing stuff. I had the best time with my sisters - Sne, Sanj and we also had a great time with Devs who wanted to try "street food" one evening and we actually walked across the hotel and had the guts to try some authentic yucky Thai food.. I told you my family is one helluva adventurous group !  And oh there was another 70 year old Athai who wanted to experience a traditional Thai massage, I'm telling you.. we were just freaking out big time!!
Overall we had a wonderful time and I'm leaving you guys with lots of random pics of all the fun we had... I guess the pics are self explanatory :) Happy viewing! 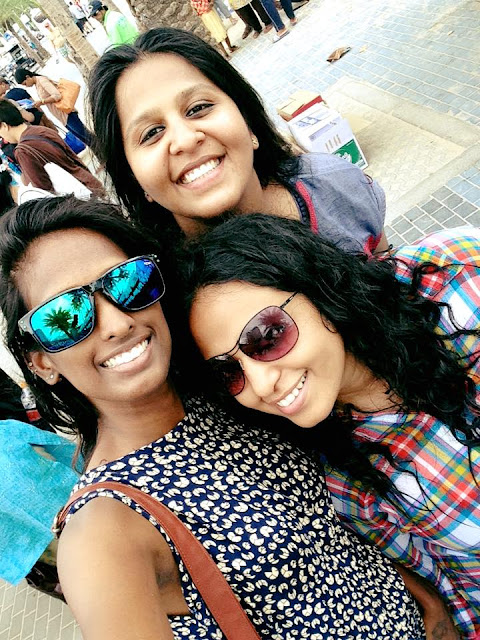 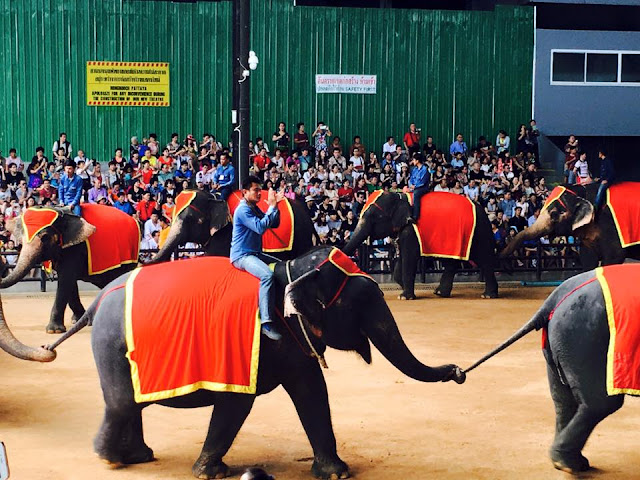 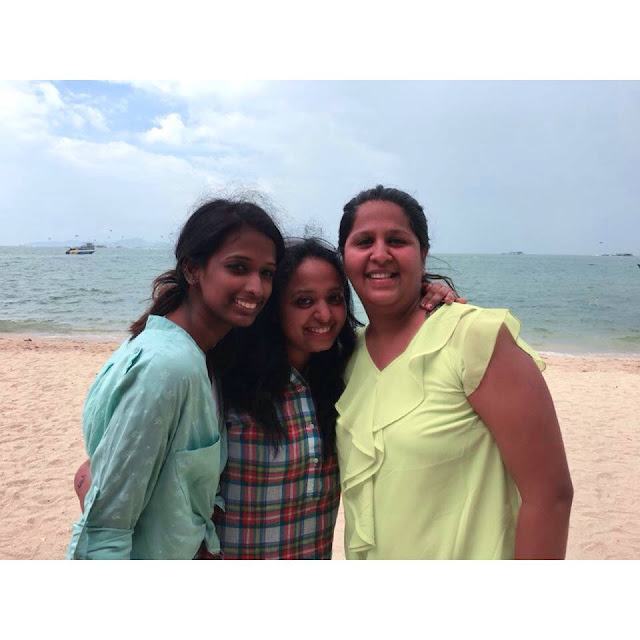 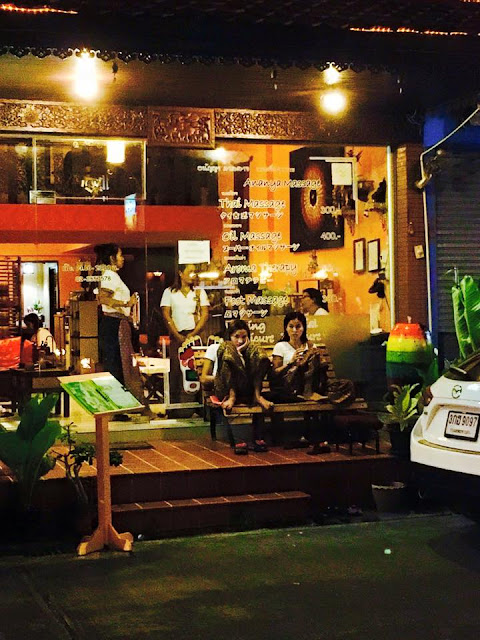 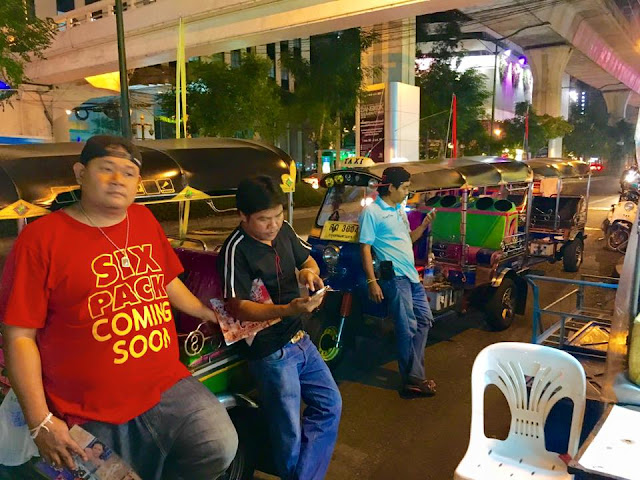 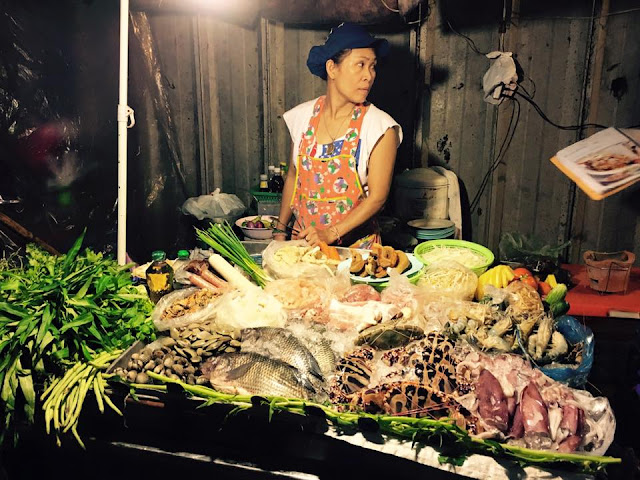 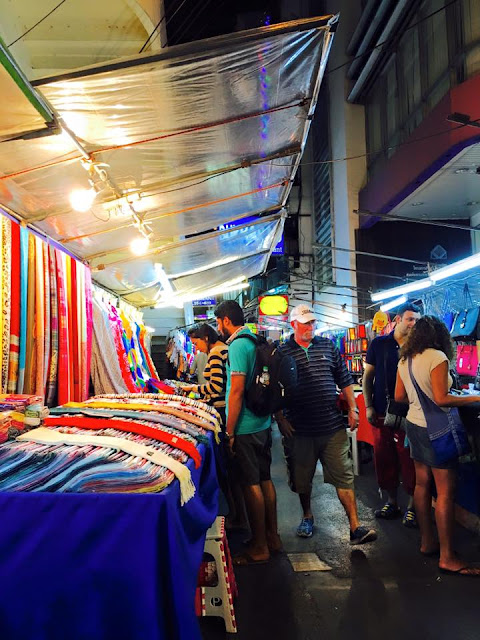 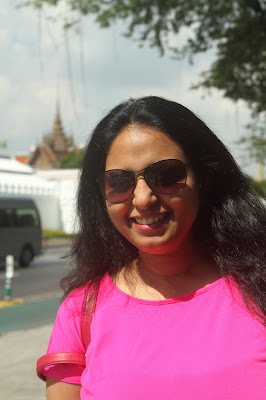 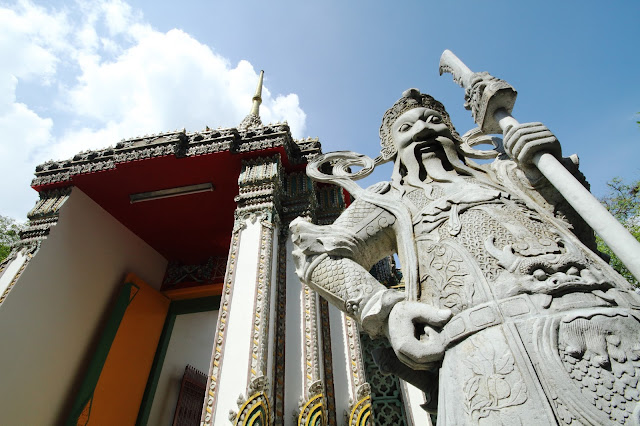 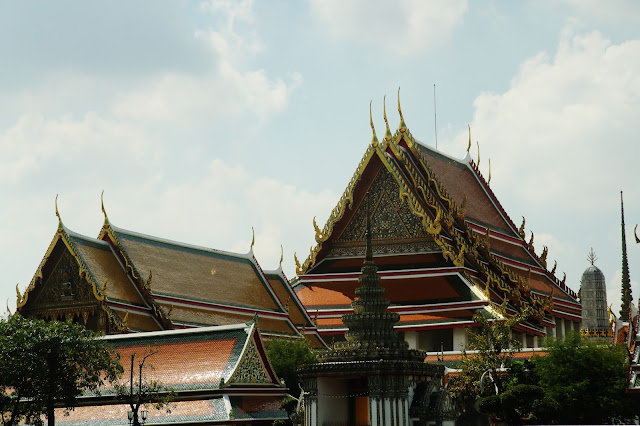 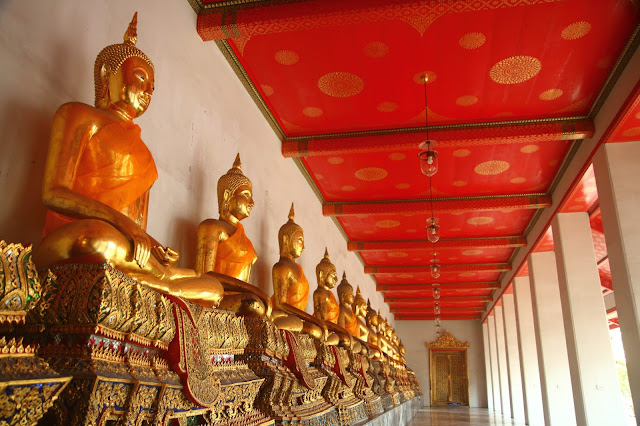 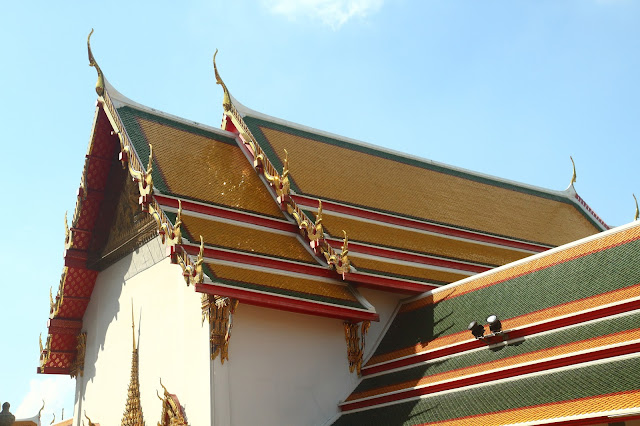 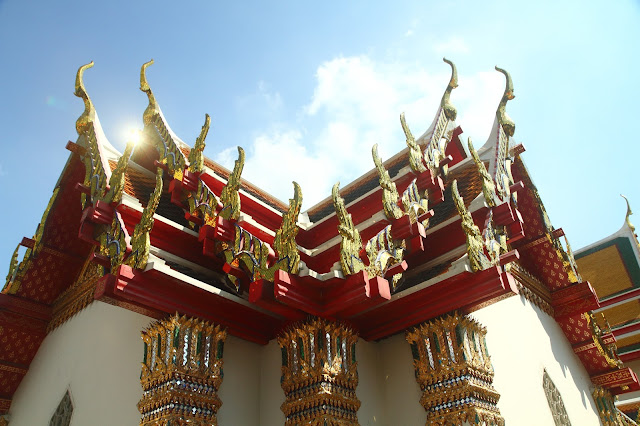 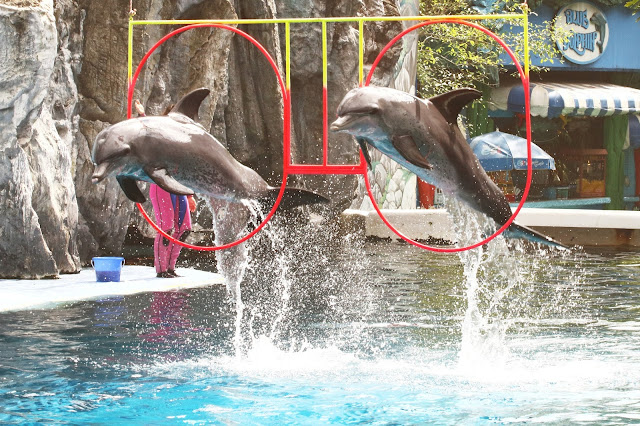 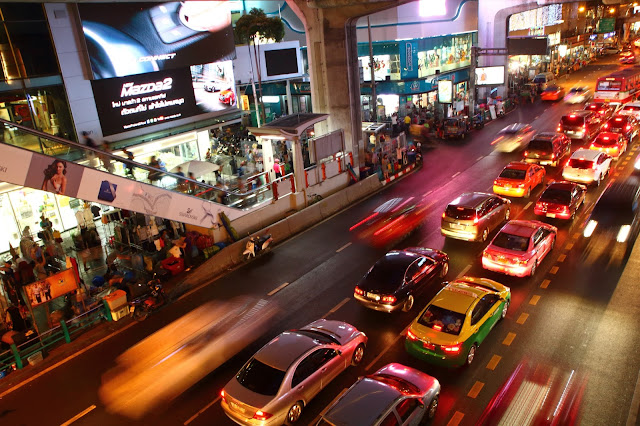 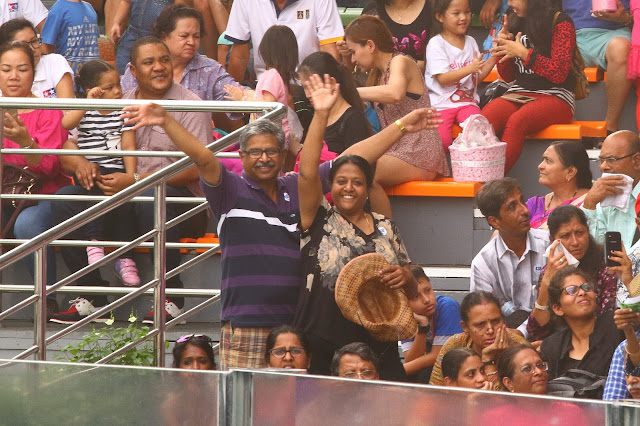 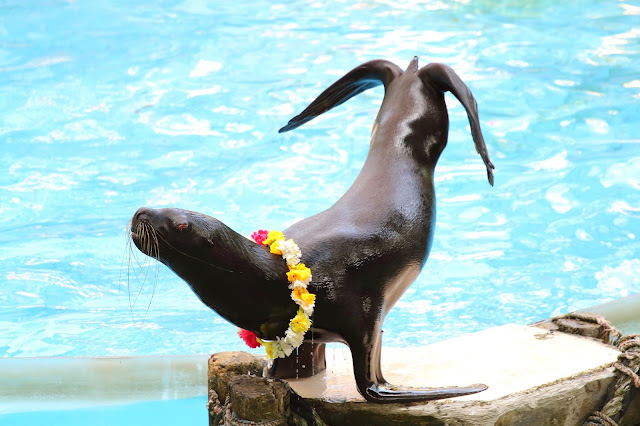 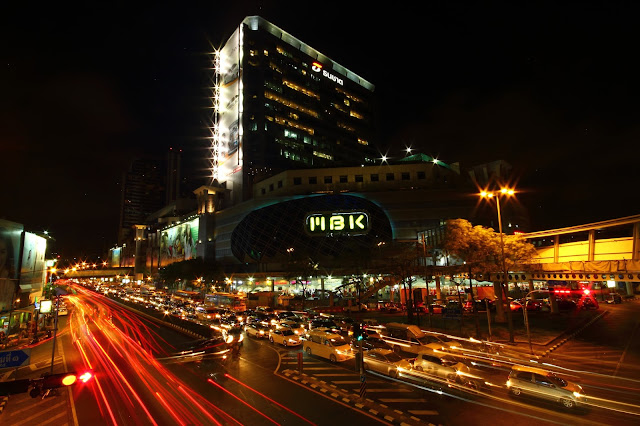 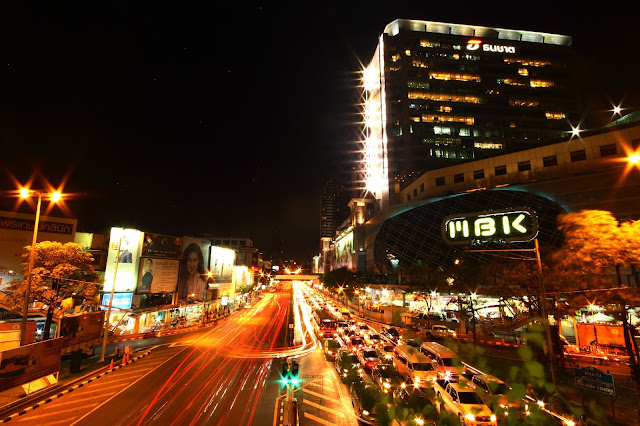